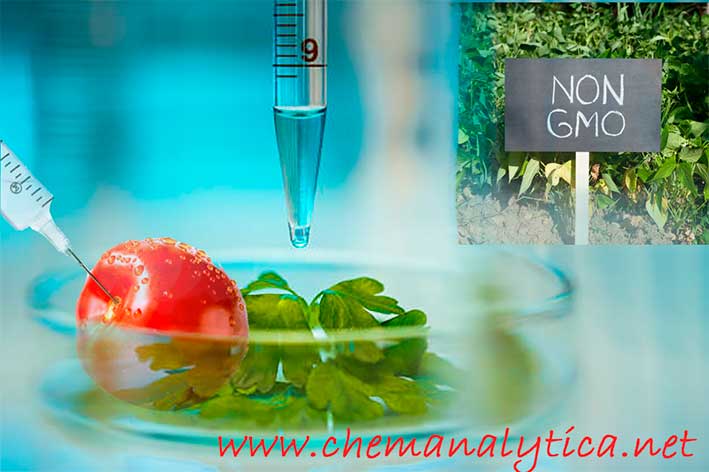 History of gene-modified organisms has begun in 1977 when discovery of soil microorganism of Agrobacterium tumefaciens by means of which introduction of foreign genes to other plants became possible has been made. GMOs are gene-modified organisms (bacteria, plants, animal) which for improvement of their useful qualities foreign genes are built in. In agriculture and the food industry GMO are meant only as the organisms modified by entering into their genome of one or several transgenes.

Now there are genetically modified analogs practically to any agricultural products: grains, vegetables, fruit, berries and also meat. To make pork of less fat, in it implement spinach gene.

The purpose of creation of GMO is the satisfaction of constantly increasing population of the planet in food. Merits of GMO: transgenic plants are more profitable, than traditional plants, they give higher productivity, are resistant to vagaries of the weather, to herbicides, diseases and wreckers, do not spoil at storage.

Cultivation of GMOs plants leads to genetic pollution of adjacent organic cultures.  This process is irreversible .Now convincing proofs of harmful influence of gene-modified plants on the environment are collected: insects, rodents, birds, mammals perish. In other words, actually natural food chains, agrobiocenoses, biogeocenoses completely collapse. Moreover, GMOs-plants emit toxins which destroy soil flora and fauna. In the countries where grow up gene-modified cultures, emergence of superweeds against which it is possible to fight, only by means of increase in dose of poison is recorded.

Considering payment for intellectual property, gene-modified seeds are 20-40% more expensive organic, and the reasonable proof of advantage of their use is absent now.

Many of us are concerned by the fact that the long-run tests of these products confirming their safety were not carried out. The World Health Organization (WHO) in 2013 has confirmed that gene-modified products do not damage health. According to the experts World Health Organization, health of the modern person is subject to influence of number of factors, and their contribution to the state of health differs. So, genetic factors determine health level for 15-20%, state of environment — 20-25%, medical support — 10-15%, conditions and way of life of people — 50-55%.

According to one research on animals, DNA is damaged by genetically modified food. Many the countries it is required to specify in the majority on packing of products whether they contain transgenic plants.

Now three main commodity cultures are grown up mainly from transgenic plants  seeds: corn, soy and cotton. Now more than 120 species of transgenic plants are allowed for use in different countries of the world, including 86 – in Europe. Quantity of grades (lines) of the GMO-plants registered or provided to registration in all  countries of the world: corn – 51 line, colza – 43, potatoes – 34, rice – 25, tomatoes – 22, cotton – 19, soy – 16, wheat – 8, melon – 5, sugar beet – 4 and all others – 25, including: pumpkin, chicory, cucumbers, lucerne, papaya, sweet pepper, tobacco, linen, lentil, sunflower. Also on counters shops you  maybe met  transgenic potatoes, and sugar beet.

Also meat, eggs and dairy products from animals who ate genetically modified forages can be sources of GMO.The processed products often contain the hidden sources of GMO (if they are not organic or are announced without GMO). Soy flour, corn gluten, corn starch, cornmeal, corn syrup can be such ingredients. Gene-modified components add to many food: baby food, meat and dairy products, bakery products.

There are two main positions on the consumption of   transgenic plants : supporters and opponents. Supporters claim that the population of Earth quickly grows and to avoid hunger, transgenic products have been created. Also, transgenic plants make it possible to simplify farm labor, and  reduce the cost of products, due to the fact that GM products can be stored longer, are resistant to pesticides and herbicides.

Opponents of transgenic food consider that it will be unknown what effect of consumption of these products on our organism. And let now to us there are no changes, perhaps they will be reflected in the next generations not in the best way. At the same time to use products with GMO or is not present – only ourselves solve